Long before there were neighborhoods known as sections,   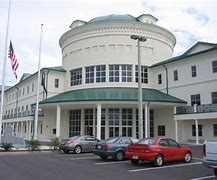 Flagler County was made up of cattle ranches, potato farms, and forests of turpentine stills. Initially it was made up of small towns such as Bunnell, which became the county seat due to its central location. It also was the central point for the railroad, roadways, and central shipping. The area began to grow and flourish because of the turpentine industries growth.

Flagler County today is made up of a diverse group of communities offering a wide range of lifestyles. The Hammock communities offer everything from luxury accommodations at the Beach Club, Ocean Hammock, The Dunes, Conservatory, Cinnamon Beach, Island Estates, and Yacht Harbor Village. Palm Coast is the major city with a population of roughly 90,000 people. Palm Coast is divided into sections, and also has a number of gated communities such as Grand Haven and Plantation Bay. We also have Flagler Beach which is best described as a funky beach community with roughly 6400 residents. Lastly the city of Bunnell offers an abundance of land and wide-open spaces. Farms, cattle ranches, and homes with acreage are available here.