A History of Palm Coast Florida 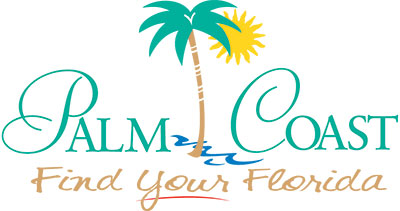 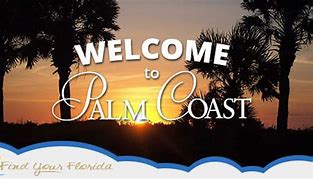 The city of Palm Coast started out with a vision of what could be. The land, some 22,000 acres was mainly a big pine covered swamp. The ITT/Levitt partnership looked at this undeveloped land and envisioned a planned development encompassing golf course, oceanfront resorts, marinas, scenic drives and home lots awaiting the arrival of sun seeking pioneers. The marketing strategies targeted urban residents in the North and Midwest. They realized the infrastructure needed to be in place before home building could begin. It wasn’t long before they had constructed a 500-mile infrastructure of roads, utilities, and sewer lines. This laid the groundwork for Palm Coast becoming the largest planned unit development community in the State of Florida.

ITT had their roots as an international communications firm, and they provided the funding to build the infrastructure and purchase large tracts of land. Leavitt was the large builder of homes who became the first of many to build in Palm Coast. The earliest home buyers moved in during January 1972. From their start in 1969 until ITT withdrew in 1995 the corporation provided most of the services and leadership in Palm Coast. ITT planned, built and maintained a model environmental community. This was accomplished with a unique private/government relationship. When ITT withdrew from Palm Coast it created a void in leadership which started the process of incorporation. Palm Coast was officially a city on December 31st, 1999. The next day the residents of Palm Coast celebrated a new city and the end of a millennium.

Population on January 1st, 2000 was roughly 30,000 people. The mayor and city council worked with the Flagler County Commission to provide essential services and promote economic growth. As a result of this relationship Flagler County turned over many parcels of land to the city benefitting parks, fire, recreation, public works, and new schools.

Palm Coast was officially designated the “fastest growing metropolitan area in the country by the U.S. Census Bureau. The population had more than doubled since incorporation to 64,500 people. In 2006 Palm Coast was named a Tree City USA by the National Arbor Day Foundation. The city had reason to celebrate its dynamic growth on its 10 year anniversary in 2010. Today Palm Coast has approximately 87,000 residents,. We have over 125 miles of bike/walking trails, a world class resort (The Hammocks) world class golf and tennis, 13 beautiful parks, abundant boating and fishing, and excellent schools. Affordable housing , low taxes, low crime, and no snow make this a great place to live, work, and play. I share with folks that Palm Coast is the best kept secret in Florida.

Related Articles
Real Estate Palm Coast, Florida – New Year’s Eve Party at European Village Palm Coast may not be the biggest city in Florida, but we have a really cool New Year’s Eve Party. The European Village is quaint area combining shops, restaurants, a bandstand and residences. You can be guaranteed great music acts and awesome fireworks show at midnight. This party is not to be missed if you’re […]
Real Estate Fantasy Lights at Town Center The Rotary Club of Palm Coast is again sponsoring the Fantasy Lights Festival at Central Park in Town Center. This annual event is a big hit with people of all ages. The event begins on November 27th and will continue through December 30th. The hours are from 6:30 PM until 9:00 PM daily. This year […]
Real Estate Carpenter Homes Palm Coast Carpenter Homes is a builder that believes buying a home shouldn’t be difficult. They purchase lots in established neighborhoods with good schools and build a variety of homes on those lots. Purchasing a new home through Carpenter Homes is a pleasant experience. Knowledgeable Real Estate professionals guide you through the process. You can choose a […]