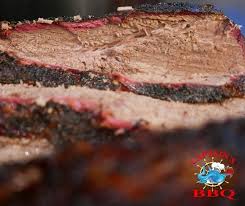 The best BBQ Restaurant in Florida is located in Palm Coast. Captains BBQ located on A1A at 5862 N. Ocean Shore Blvd in Bings Landing. Their style of BBQ is known as Southern BBQ. All their meats are of the highest quality, and they’re cooked low and slow. Pulling in the parking lot you’ll smell the smoke as they use a wood burning smoker. You’ll find they cook their meat without sauce but it’s moist with the flavor of the meat taking center stage. You’ll find turkey, pork, beef, and sausage on the menu.

They do have a wide selection of sauces to dress up your BBQ if you so choose. In my humble opinion the star of the show is the baby back ribs. I tend to judge a BBQ restaurant by how good their baby back ribs are. These are moist, meaty, and fall off the bone good. They have a wide selection of sides, and all are good. One of the things that surprised me is they sell New York Cheesecake by the slice. I teased the young fella at the counter telling him he was a long way from New York to be selling New York Cheesecake, but after trying it I found out it’s the real deal.

The owners are Chris Herrera and Mike Goodman a couple of serious fishermen, who are also serious about their BBQ. They hit a homerun with this restaurant. Trip Advisor has featured Captains BBQ restaurant in Palm Coast, and they rank them in the top 10 BBQ restaurants in America. I lived in St Louis for a long time, and they are serious about their BBQ. I also have attended “The Memphis in May BBQ Celebration” along with frequenting all the big-name BBQ joints in Kansas City. When I say Captains is good; they can hold their own with some of the most famous BBQ restaurants in America. If you’re coming to Palm Coast you owe it to yourself to try Captains BBQ. Take it from “The Realtor that Cooks” this is some fine BBQ.

If you decide you love the BBQ along with Palm Coast, I can help you find your dream home. 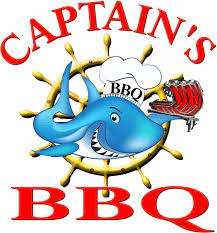 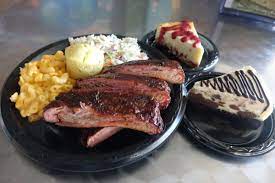 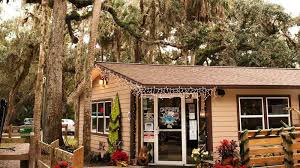 Related Articles
Real Estate Palm Coast, Florida – New Year’s Eve Party at European Village Palm Coast may not be the biggest city in Florida, but we have a really cool New Year’s Eve Party. The European Village is quaint area combining shops, restaurants, a bandstand and residences. You can be guaranteed great music acts and awesome fireworks show at midnight. This party is not to be missed if you’re […]
Real Estate Fantasy Lights at Town Center The Rotary Club of Palm Coast is again sponsoring the Fantasy Lights Festival at Central Park in Town Center. This annual event is a big hit with people of all ages. The event begins on November 27th and will continue through December 30th. The hours are from 6:30 PM until 9:00 PM daily. This year […]
Real Estate Carpenter Homes Palm Coast Carpenter Homes is a builder that believes buying a home shouldn’t be difficult. They purchase lots in established neighborhoods with good schools and build a variety of homes on those lots. Purchasing a new home through Carpenter Homes is a pleasant experience. Knowledgeable Real Estate professionals guide you through the process. You can choose a […]